The members below will be honored at the 2021/22 Missouri Youth Soccer Association AGM to be held February 19, 2022 in Columbia, MO.

Competitive Boys Coach of the Year

Matt began his coaching career at the age of 21 for JB Marine. He is currently JB Marine’s coaching director and coach of the accomplished 2004 boy’s academy team. Matt is proud watching his players grow up to be terrific young men and is very humbled to receive nominations for this award.

Recreational Boys Coach of the Year

Competitive Girls Coach of the Year

Bill has been coaching for 30 years. When he first started coaching this team, it was originally an independent team called St. Louis Sting. Later on, Bill and Todd Brown combined their teams, and both coached the accomplished Real WC Elite 04 St. Louis girls’ team. Bill created a very close-knit team with lifelong friendships and memories that he believes will last a lifetime. He would like to give thanks to his family, all the players and parents and most importantly to the co-winner of this award and fellow coach, Todd Brown.

Todd is the coach of the Real WC Elite 04 St. Louis girls’ team as well. He has been coaching select soccer for over 20 years and coached his youngest daughter on this team. Todd was honored to have the opportunity to coach this great group of players for a long time. He would like to thank his wife, Monica, for allowing him to commit the necessary and sometimes long hours of being a coach, the players and parents, who have all turned into a family, and lastly, Bill Letchworth, who helped him coach this team.

Recreational Girls Coach of the Year

Matt became a coach at Northern Missouri Futbol Club after his positive soccer experience as a kid. After having a couple of coaches who helped him as a child and taught him important life lessons, he decided to become a coach that encourages confidence and achievement through love and support. Matt’s goal at the end of the day is to not only teach soccer, but lessons about setting goals, hard work, and being a good teammate. Receiving this award helps Matt know that the players and families know how much the Northern Missouri Futbol Club loves and supports them.

He would like to give special thanks to his youth coaches that showed him the lasting impact coaching can have in a kids’ lives. He is also thankful for Jesse Krebs, his assistant coach, all the other coaches in the club, and the players.

Volunteer of the Year

Justin started volunteering for the  kids and always tries to put the kids before everyone and anything else. He is very grateful to be recognized for his volunteer work by a parent of one of the players. He would like to give thanks to everyone, especially MYSA, LOSA, Eric Faes, and referee Jim Killam who helped mentor him and pushed him to be involved.

Administrator of the Year

Goal of the Year - Ben Nelson

Ben has been playing soccer ever since preschool. He has played for teams such as Holy Infant, AJAX St. Louis, Lou Fusz and Marquette High School. For the majority of his soccer career, he played defense, but recently learned the midfield position, that led him to this award.

Save of the Year - Noah Reuscher 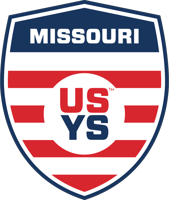 Awards in this section were nominated and selected by members of the Missouri ODP coaching staff. For more information about Missouri ODP and to register, visit our website: Click Here

ODP Coach of the Year

ODP Player of the Year - Boys

ODP Player of the Year - Girls

Gabrielle has been playing soccer since she was seven years old. She attends Duchesne High School, where she helped her team to a State Championship in 2019. She also played for St. Louis Scott Gallagher and was on the 2004 ODP team, being the only player from Missouri. Gabrielle has committed to play college soccer at Missouri State University in the fall. She would like to thank her parents, friends, and teammates for always supporting her.

Awards in this section were nominated and selected by members of the Missouri Referee Development Program. For more information about MRDP and to register, visit our website: Click Here

Young Referee of the Year - Boys

Young Referee of the Year - Girls

Anna has played competitive soccer for 17 years, until the idea of refereeing piqued her interest. She feels very honored and appreciative of this recognition. Anna loves the opportunities refereeing has presented to her and can not wait to see what else is in store for her career.

She would like to give special thanks to her mentor, Lucy Lotspeich, Art Shinabargar and the Sporting Lee’s Summit Assignor, Anthony Gardner.

The following are being recognized by Missouri Youth Soccer President, Jim McCarthy for their contribution and dedication to growing the sport of soccer in our state.

Warren has served as the MYSA Treasurer for the last decade. He has coached Raytown Soccer Youth Academy in the Kansas City area for over 30 years, coaching his three children and grandchildren. Warren is honored to work with people around the state that sacrifice time and effort for the youth soccer players in Missouri.

Warren would like to give thanks to his wife and children, David Hixson and Valerie Ratterman, who helped successfully operate Raytown Soccer Academy. Lastly, he would like to thank Jim McCarthy for changing the culture of Missouri Youth Soccer Association by making this an organization built on trust.

Dick has over 60 years of coaching experiences, ranging from National Champion Club level teams to state winning High School squads. Dick has held many titles in his soccer career, such as Visitation Academy head coach, Washington University in St. Louis head coach, and Youth Director of Scott Gallagher Soccer Club. Dick is a member of the St. Louis Soccer Hall of Fame and the Missouri Soccer Coaches Hall of Fame. He is currently a trainer at Real WC St. Louis, where he is training more future soccer hall of famers.