Inaugural MLS NEXT Pro Match to be Played in Missouri! 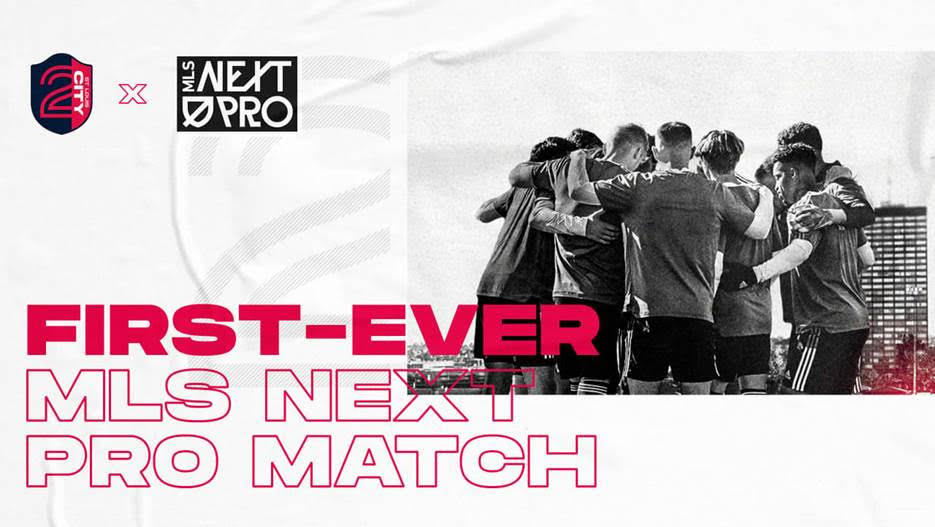 "For St. Louis CITY2 and its fans, this game signifies the first step in a culmination of efforts to bring Major League Soccer to this legendary soccer community, in advance of St. Louis CITY SC’s MLS launch in 2023" says mlsnextpro.com. "For Rochester New York FC, (owned by English Premier League star, Jamie Vardy of Leicester City) it represents a return to professional action for this former U.S. Open Cup championship club."

The inaugural MLS NEXT Pro match will be ticketed and cost $10 for tickets purchased in advance and $15 if purchased at the gate, pending availability. The first 2,000 fans in attendance will receive a limited-edition CITY Red rally towel. The club will also celebrate the region's immense support and history while also showcasing the region’s future soccer talent during a special halftime entertainment. This match will also serve as the professional debut for some of STL CITY2’s squad as they continue on their journey to potentially play in the MLS. Read More

Fans interested in attending the inaugural STL CITY2 match vs. Rochester New York FC on Friday, March 25, can purchase tickets at SeatGeek.com, and the match will also be livestreamed on mlsnextpro.com.