Recap of the latest edition of the Missouri Presidents Cup 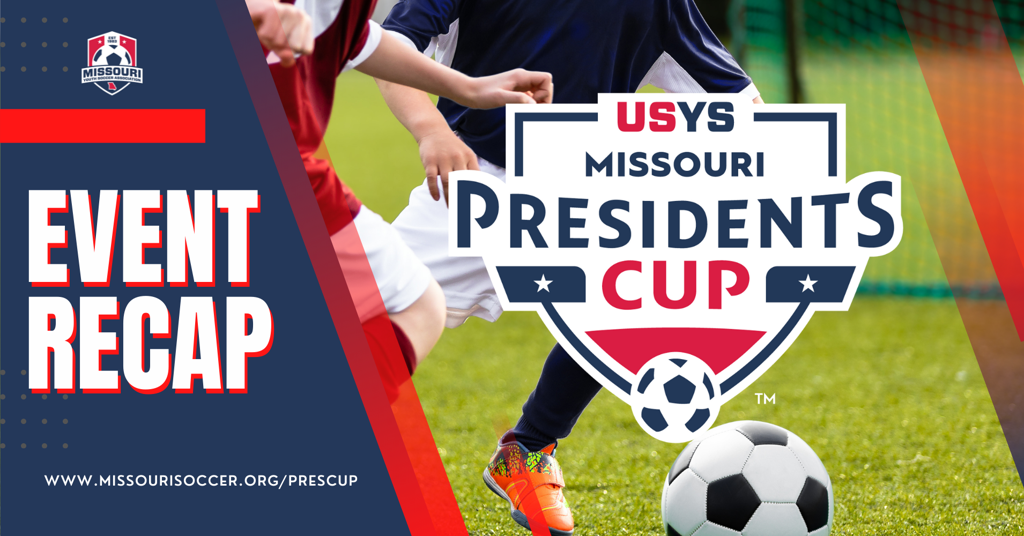 This past weekend, 66 teams from all parts of Missouri competed in the 2022 President’s Cup. After 98 games were played in 72 hours, 22 teams will be moving onto to the semi-finals or finals in late May.

In the U14 boys’ bracket, a team from Kansas City called KC Blaze SC Academy rebels dominated the weekend, coming out with two wins and one tie. Due to the extra team in their bracket, they are going straight to the finals without having to play a semi-final match. They will face St. Louis Scott Gallagher (SLSG) Liverpool in the championship on May 22. SLSG finished first in their bracket with one win and one tie. In the semi-finals, they defeated Missouri Rush Black 1-0 securing their spot in the finals.

The U14 Southwest MO Rush girls team made some noise this weekend, scoring nine goals in just two games. They will compete against SLSG Elite on May 22 for the championship match. SLSG Elite ended the weekend with allowing only one goal.

There will also be four teams advancing onto the semi-finals on May 21 in the U17 boys’ bracket. Sporting Columbia will be the only team to have won all three of their games in pool play. They will play against Southwest MO Rush Azul. Southwest MO Rush Academy Spurs will face SLSG Premier Navy. The winners of these games will play in the final the next day.

In the U18 boys’ bracket, both Sporting Springfield Aston Villa and SLSG Premier swiftly won their semi-final matches. Sporting Springfield defeated their opponent 7-2, after tying them originally in pool play. SLSG came back in the second half of their semi-final and scored three goals early on after being tied 0-0 at half-time. They ended up winning the game 4-1. These two teams will meet in the championship on May 22. It should be a very good, even match.

The U19 boys had two teams that stood out from the rest. Over the weekend, NORCO SC Brewer and SEMO Elite FC Premier successfully won all their games in pool play. SEMO Elite’s offensive players did amazing over the weekend, scoring ten goals in only two matches. Their defense allowed only one goal to be scored. NORCO also allowed only one goal to be scored and ended the weekend scoring three goals. Due to the small number of teams in this age group, there will be no semi-finals and both teams will move on directly to the championship match on May 22.