Congratulations to Missouri ODP alum, Caroline Birkel, for her call up to the U-16 Women's National Team Camp! 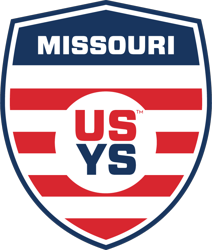 Former Missouri ODP Goalkeeper, Caroline Birkel, has been named to the squad for this week's U-16 Women's National Team camp!

The 23 players will travel to Nike World Headquarters in Portland, Oregon in April of 2022 to train with the team of 23-players. U.S. Under-15 Women’s Youth National Team head coach Katie Schoepfer will lead the U-16 WYNT for the event.

Caroline's mother, Courtney, reached out to the Missouri ODP staff to share her daughter's achievement, sharing:
"She is thrilled at the opportunity and we all appreciate the exposure & support she got from the Missouri ODP!"

"Having spent the last few years with Missouri ODP,  Caroline is yet another example of the outstanding talent that has come through our Olympic Development Program(ODP)" said Jeff Muhr, MYSA Director of Coaching & Player Development. "We are so proud to have been apart of her journey and excited to see what she can accomplish with the Youth National Teams!"

Caroline will join fellow Missouri-native and club-mate Grace Restovich in representing MYSA on the National Team!

Read the full story and Roster from US Soccer here...